The great Jackie Robinson is receiving a much deserved mural in his honor in Echo Park, a city located a short walk away from Chavez Ravine. 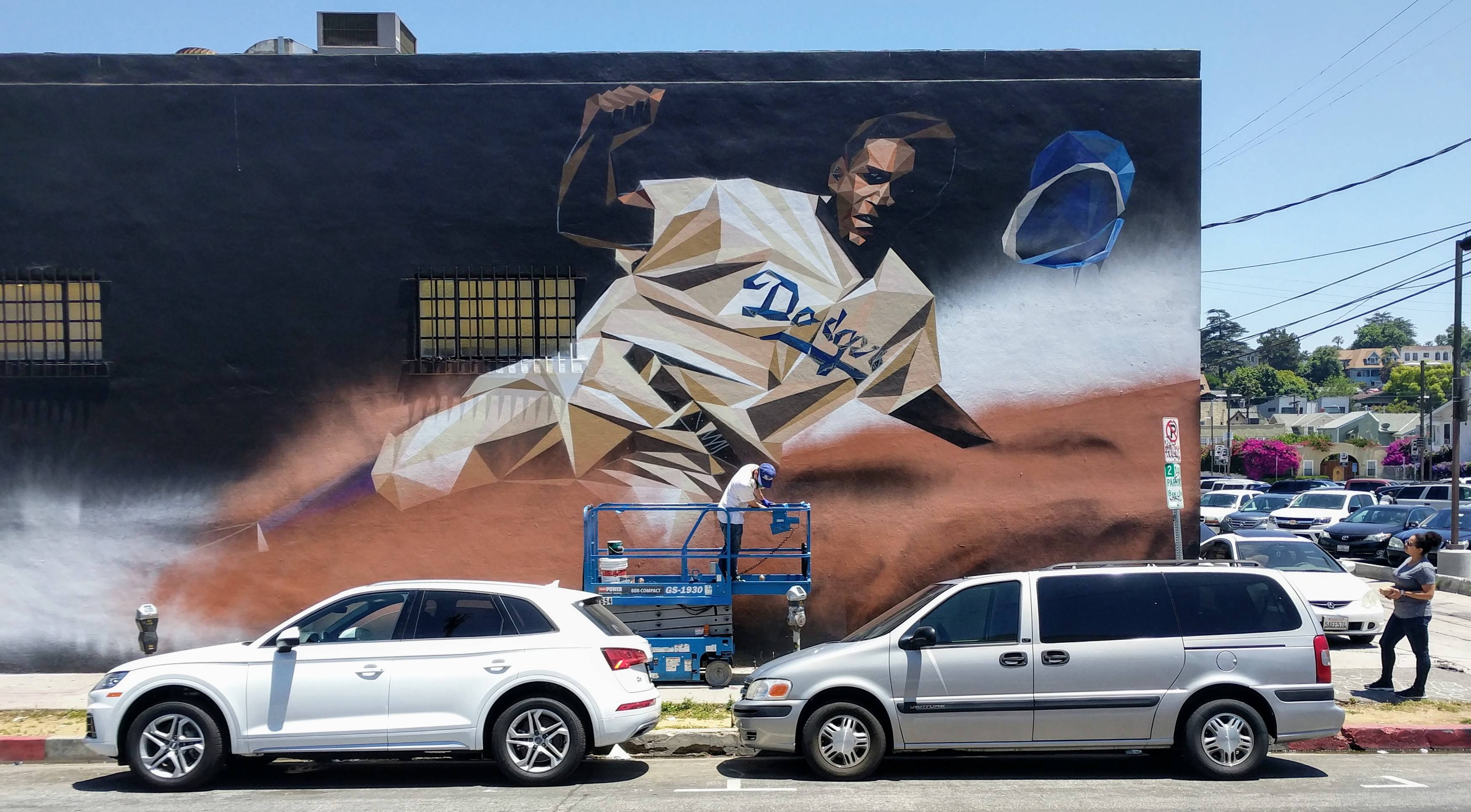 Something this awesome should attract some crowds in its early stages of construction. Because of its close proximity to the ballpark, it should be a well-regarded attraction for those looking to take pre-game pictures and the like.

Who better to paint to honor the Dodgers than Jack Roosevelt Robinson, the man who broke the color barrier and changed the landscape of professional sports forever.

Robinson has had films like 42 produced about his life already, but the artistry behind this mural adds an additional touch to his legacy.

Although Robinson never played in Los Angeles, his impact on baseball, the nation, and the Dodgers organization is still seen today.

My name is Daniel Preciado and I am 19 years old. I am a sophomore Sport Analytics major and Cognitive Science and Economics dual minor at Syracuse University. When I am not in New York, I live in Whittier, California --- not too far from Chavez Ravine. I am pretty old-school for being an analytics guy and I will always embrace debate. Also, Chase Utley did absolutely nothing wrong.

Your password reset link appears to be invalid or expired.

To use social login you have to agree with the storage and handling of your data by this website.